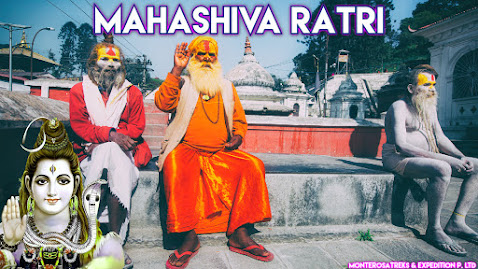 What is Maha Shivaratri ?

Shivratri is formed by the combination of two words - Shiva+Ratri, where Shiva means ‘Lord Shiva’ and Ratri means 'Night'. And, the word ‘Maha’ in Maha Shivratri means ‘Grand' 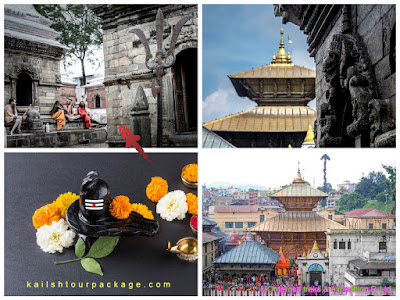 Maha shivaratri is one of the greatest festivals of the Hindus that mark overcoming darkness and ignorance in this life and the world the actual day. It is believed that lord Shiva was emerged out of the earth as a form of a Linga (pole) on this day; and it is believe to be his birthday. The lord was not born by any parent. He automatically was appear on this earth. He is believe to be the supreme God; according to the Hindu mythology and Lord Bhrama had created this whole cosmos only by his grace.

This is the main festival of Lord Shiva. Named after Shivaji's night, the festival is described in the Puranas as one of the four major nights, namely, Kalaratri, Moharatri, Sukhratri and Shivaratri. Celebrated on the day of Falgun Krishna Chaturdashi, this festival is considered as the most beloved night of Lord Shiva, Ashutosh, who brings religion to the heart by taking care of all the poor, miserable and suffering beings. On the day of Maha shivaratri, which is said to be the best of the fasting festivals, devotees purify themselves, worship Shiva in the temple, fast and offer milk, dhaturo and belpatra, the favorite items of Lord Shiva. There is a religious belief that one should not go to Yamalok for the benefit of all if one only fasts and chants "Om Namah Shivaya" on the day of this festival.

Maha Shivaratri is also known as:-

This festival celebrated every year in the dark fortnight of February or March (Falgun) depending upon the planetary position. This year, Maha Shivaratri falls on Thursday, March 11, 2021.  Devotees take fasting throughout the day and eat only on the next day to get good blessing from the lord. During the day and Night, they spend singing the lord's hymns and dance joyously in the name of the lord for the blessing.

Pashupatinath is the oldest Hindu temple in Kathmandu, Nepal. Where Kathmandu valley has so many old temples Kathmandu. Kathmandu also known as a city of temples. Pashupati literally means “lord of the animals (including human)”. This temple complex was inscribed on the UNESCO world Heritage site’s list in 1979. It is not known for certain when this ancient (pashupati) temple was built. There are 518 temples and monuments within pashupatinath complex.

Pashupatinath is believed to be the supreme  God in the Hindu world; and pashupatinath location is the lord's head. That's why the outsider Hindus believes that without Pashupatinath's audience they can't get the true fruit of the virtue; so this is the main reason why the outsiders Hindu give such a great importance to pashupatinath. So this pilgrimage has become the main hub to the whole Hindus of the world. According to the Holy scriptures Shivapuran there's some legend on the origination of this festival.

Maha Shivaratri is a National Holiday in Nepal and celebrated widely in temples all over the country, but especially in the Pashupatinath temple. During Maha Shivaratri festival, Lord Shiva's birth day over 1 million devotees visit this temple.

Not only from Nepal but also from the different part of the world the devotees throng here at this time so the festival looks very much spectacular. The main attraction of this festival is to look sadhu babas; the that come from renowned pilgrimages of India. Government of Nepal makes the special pre-arrangement for the devotees by speeding a lot of Money to the celebration to this Festival at Pastupatinath pilgrimage site.

The night of the shivaratri day the sadhus arrange a very spectacular bonfire around the pashupatinath area and many people spend the night there with them basking the bonfire, which is called the shivadhuni.

Why do we celebrate Maha Shivratri?

First one is at midnight it is believed that the absolute the cosmic form of energy appeared as Shiva as the fire within the lingam column he is worshipped as a symbol in the lingam. Which represents a Male and Female reproductive parts, for signifies regeneration.

Therefore, Shiva lingam does have a very special part in Hinduism and it is meant to be the creation symbol of why we are here how world was created and how it is going to be carried on so that is one of the things that is believed.

Second one is that it commemorates the marriage of lord Shiva with devi Parvati. So on this day two energies of universal consciousness and universal bliss come together. Shiv shakti is considered to be the epitome of love power and togetherness. Shakti is seen as the left half of his own body and this fusion of Shiva and Shakti is called ‘Ardhanarishwar’. Unmarried women pray on this day they fast and they wish for a husband like lord shiva. Who was very compassionate and loving so a very joyous affair. Where you are actually celebrating a marriage of two powerful deities.

3. protecting us from inhalation

The third reason why this is celebrated is that it's a day of thanks giving to the lord it's for protecting us from inhalation the churning of the ocean or the samandramanthan by the gods and the demons.  Who wanted the amrits, which was the immortal nectar also, yielded a poison called halahal. Which would have destroyed the whole universe however, lord Shiva drank this poison. Which stayed in his throat and turned it blue fortunately, he did not swallow. It because the blockage was created by his wife goddess parvati so affectionate shivji is also known as ‘Neilkanthan’ which means the blue throated.

Anthor Reason this night is celebrated is because his thought has shifted his form as Natraj. Which is the Lord of dance did his “Tandav” of dance. Which is the “Dance of Bliss”.  The dance depicts five types of enternal energy.  Which is call “Panchakritya” that is creation, destruction, preservation, salvation and illusion. It symbolizes the cosmic cycles of creation and destruction. The daily rhythm of life and death, birth and death. This is what Hinduism is all about it is about circles of life. That is one of the ways that we worship the lord shiva. Because he does represent the circle of life. So shiv puja is done either in temples or homes and at midnight there's a ceremony called ‘Abhishekham’  this is the pouring of water, curd, syrup, milk, honey, flower & fruit on top of the shiva lingam. And, this is the iconic representation of Shiva.